Approve this login with security code from email. 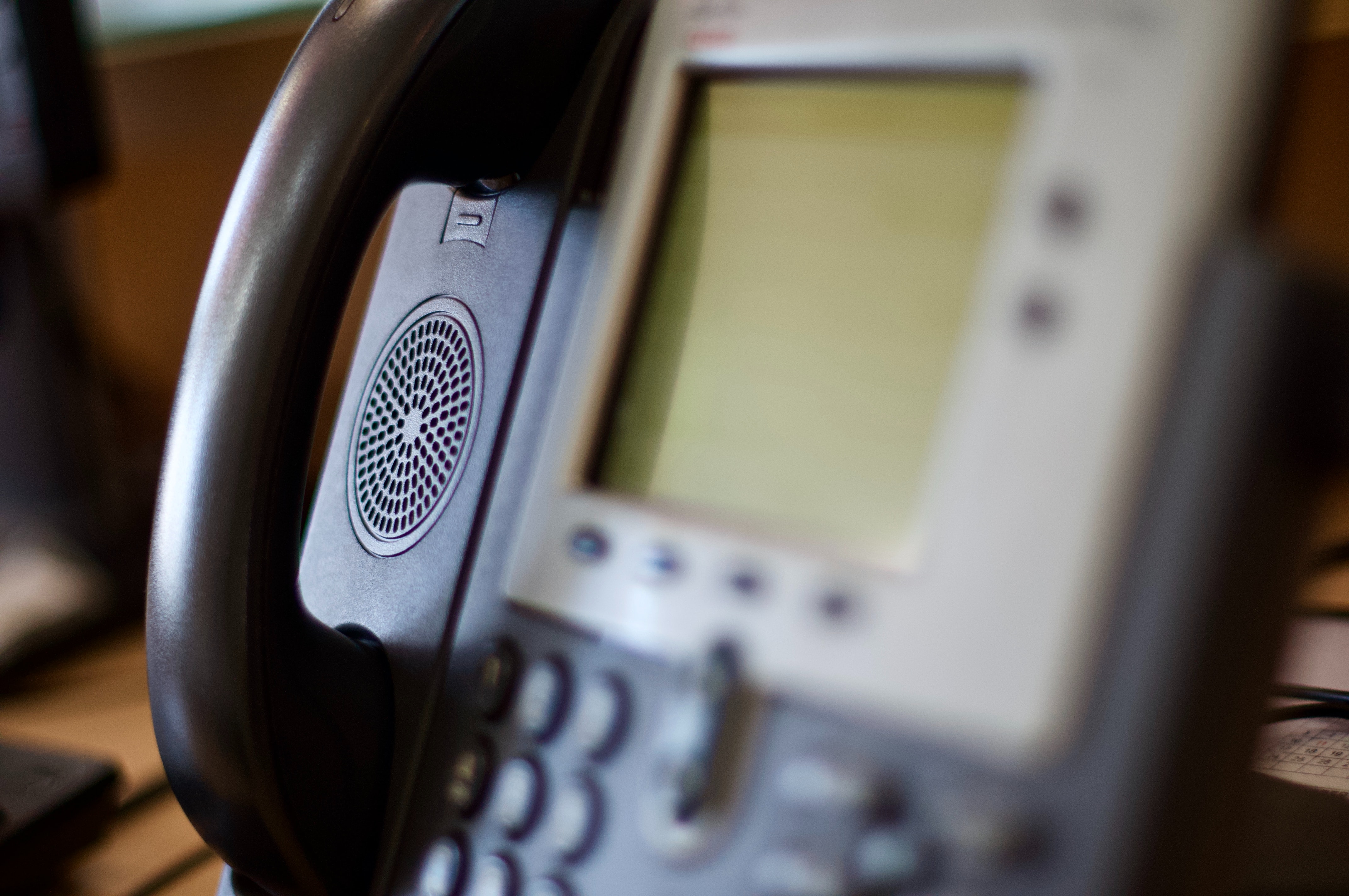 Landline phones are slowly becoming obsolete with all of the other calling options that are now available, including cell phones and software-based phones.

Read on to learn more about landlines as well as the best alternatives if you're looking to replace yours:

Although it may seem as though cell phones have fully eclipsed landlines in terms of usage and popularity, the old-fashioned home phone still has a few advantages over its modern successor.

Landline phones are great at doing what they're meant to: placing and receiving calls. A landline phone is capable of patching you through to other numbers at almost any time and under almost any circumstances, provided that it's physically connected to the network.

Unlike cell phones, which can't function if there is ever a disaster where power is cut off for days on end, a landline phone will still work fine in a blackout.

Although wireless and VoIP infrastructure has come a very long way in the last few years, consistent call quality remains a major concern for wireless callers everywhere. Being able to count on excellent call quality makes landlines a fairly attractive choice even today, when cell phones have become ubiquitous.

Although cell phone reception is normally reliable in most metropolitan areas and suburbs, more rural locations can lose a connection quite quickly. In fact, some sources state that even Verizon's cellular network, the largest in the US, effectively covers only 70% of it. This means users in many areas are ill-equipped to rely solely on a cell phone.

Landlines have been losing ground to new communication technologies for a while, leading many to seriously consider dropping theirs altogether in favor of existing alternatives.

Here are a few reasons landlines have begun falling out of favor:

Landlines may still win out when it comes to continuous uptime and crystal clear call quality, but they are a woefully poor choice for placing long distance calls.

With most landline services, every long distance call you place can turn out to be very costly. Despite technology having progressed quite a bit since the humble landline phone was adopted, the costs of transmitting calls over large distances have not decreased by much.

Unlike cell phone numbers, which are illegal for telemarketers to call, landline numbers are open to spammers for unsolicited calls of all kinds. Telemarketers target home phones indiscriminately in many cases, causing many users to resort to using special services and devices to rid their numbers of such nuisances.

This is pretty self-explanatory — landlines lack the kind of convenience that cellular networks have come to offer.

Armed with nothing but your smartphone, you can easily stay connected with family, friends, and coworkers wherever you are. A landline is always stuck at a fixed location, whether it's your office or your home, making it inconvenient for daily communication on-the-go.

Landline phones have quite a lot of competition these days. The alternatives covered below outclass the old technology in several ways, but they're not necessarily better on every front.

As some of the most widely used devices on the planet, cell phones are enjoying their heyday right now. Here are a few reasons for their popularity and some drawbacks to using them:

Landlines may be more stable in the event of a power outage, but cell phones excel where landlines can't — away from home.

No matter where you go, your cell phone can travel with you and be put to use. You might not have perfect reception at every location you frequent, but being able to place a call from a crowded train just as easily as you can in your living room can make a huge difference under certain circumstances.

If you need constant access to your phone while you're out and about, then a cell phone can't be beaten.

Landline phones are pretty basic when it comes to features and functionality. They can handle calls and voicemail, but not much else. A cell phone, on the other hand, offers much more than just voice calling. In fact, this is probably one of the least-used features among younger cell phone users.

Modern cell phones can do everything from video chatting to browsing the internet to taking professional-looking photos. Even so-called "dumb phones" with limited features can still send text-based messages and entertain you with games when you get bored. A

The wide variety of cell phones currently on the market makes it easy to find one with a feature set that makes sense for your needs. However, unless you decide on a basic dumb phone, a modern cell phone is likely to set you back a bit.

In 2020, the average price of a consumer smartphone exceeded $500, and that number is expected to climb higher in the coming years. Picking a cell phone over a landline option is likely to cost you close to that figure unless you opt for a special deal through your service provider, which might lower the price by half or more.

Though cell phones are free from the annoying tactics of telemarketers, they can still become a distraction to their owners. In fact, the variety of tools, games, and functions that your cell phone offers can easily turn against you.

Constant notifications from your smartphone apps can break your focus throughout the day and lure you to check your phone — in fact, according to King Online University, the average person actually taps, swipes or clicks on their phone a total of 2,617 times every day.

As mentioned above, a new cell phone doesn't come cheap. mHowever, cell phone services can save you a lot of money if you need to place frequent long distance calls.

A single line on Verizon's Start Unlimited plan currently costs $70 per month with no additional overage fees for long distance calls, texts, or internet data use. Similar offers are available with varying degrees of coverage from other providers.

VoIP is an internet-based approach to communication technology that does what landlines have done for so long — handle incoming and outgoing calls. VoIP systems accomplish the same things as landlines, with a few important differences.

Unlike traditional landlines, VoIP phones connect to the internet, either wirelessly or via ethernet cables. However, it is possible to use landline phones in a similar way with the help of adapters (more on this below). Similarly, software applications called "softphones" enable computers to place and receive calls through a VoIP connection.

Some companies that offer their own VoIP network services include AT&T, 8x8, Vonage, Microsoft, and Ooma.

VoIP is great for those looking for a simple solution to replace their traditional landline service. Here are some of the benefits:

Many call centers and corporations have migrated to VoIP solutions over the last few years, and for good reason — it costs quite a bit less to scale their operations using this technology than it would using a traditional landline setup. However, even home users can benefit from VoIP savings. Entirely online offerings can run right on your computer and are competitively priced compared to landline alternatives.

With a VoIP service, it's possible to keep up with calls from any device that has an internet connection. This allows you to take your home phone number with you wherever you go, even if you change addresses.

Not everything about VoIP is ideal. Here are a few of the disadvantages compared to other options:

VoIP handsets are tied to both your internet connection and the power grid. If either of these fail, you'll be unable to place any calls until they come back online.

In the event of a power outage, your VoIP phone will not work at all. However, there is another security issue that VoIP phone users face: a lack of emergency service location tracing.

Due to the nature of VoIP technology, it's much more difficult for emergency service providers to track your location when you call 911. Without knowledge of your location or the ability to indicate where you are in an emergency, dispatchers will be unable to locate you if you call via VoIP.

The typical cost associated with VoIP service for a single user ranges from $11 to $56 per month.

As mentioned above, your old analog phone can actually still be used over the internet if you choose to ditch your landline altogether. All that's needed is an analog adapter.

There are various types of adapters available that feature the necessary FXS ports needed to get your old phone online. They also offer varying compatibility with many major VoIP providers.

The most common options currently available are the following:

Analog phone adapters are great for users who like their familiar physical phone systems, but want to adopt VoIP technology as well. Here are some advantages and disadvantages to installing your own:

Thanks to built-in features like jitter buffering and echo cancellation, minor call quality nuisances that VoIP users can sometimes experience are noticeably improved when an analog phone adapter is used.

Although faxing isn't too common nowadays, it's still used sometimes, and those who need to use a fax machine with a VoIP connection can still do so with most analog phone adapters.

Besides the disadvantages covered above for VoIP connections, your analog adapter will naturally be limited in terms of the features it can offer due to the phone it's connected to.

Using an adapter to connect your old landline phone to a VoIP service may enable you to keep using your favorite device, but it doesn't give you access to any of the more modern features of VoIP technology, such as video conferencing and multimedia messaging.

VoIP analog adapters range in price from $20 to $350 or more. Pricing is largely determined by the amount of ports and additional features that your chosen adapter comes with.

While landlines do have their benefits, there are several alternatives available these days that are definitely worth considering. Cell phones, VoIP, and analog telephone adaptors are all great options depending on your specific needs.